Home » The problem with paper: how paper towels cause blockages

The problem with paper: how paper towels cause blockages

There are fewer things worse than a blocked toilet.

Slow flushing, strange gurgling sounds, that awful smell every time you use your toilet – these are just some of the things you’ll have to deal with when your toilet gets blocked.

And a lot of the time, toilet blockages are your fault.

No, we don’t mean in that sense – what we mean is that a lot of the time, a blocked toilet is the result of your toilet habits.

If you want to avoid having to call an emergency plumber in Melbourne for help, you’d best avoid using your toilet as a rubbish bin! 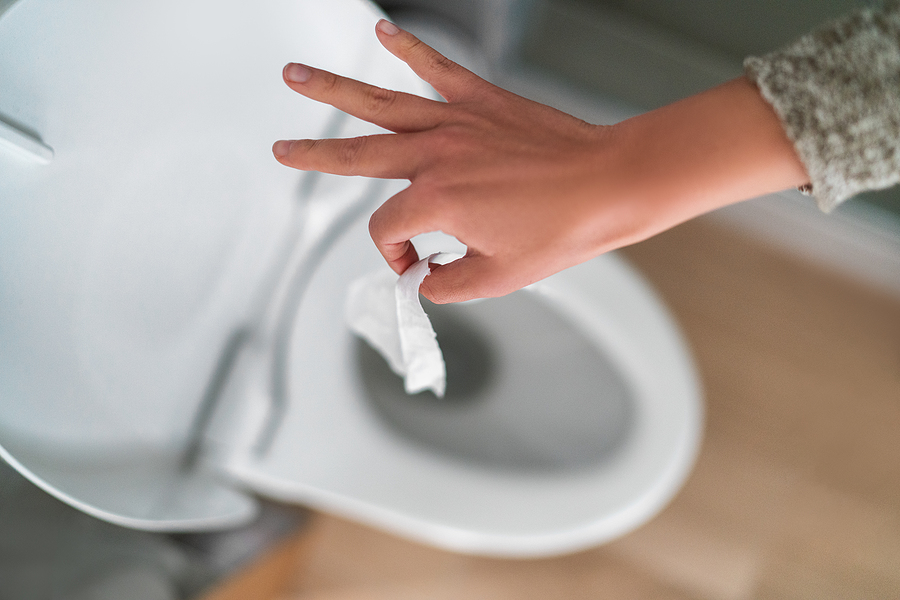 Why you shouldn’t flush paper towels down the toilet

Dealing with clogged toilets is such a frustrating and hardly a pleasant experience – however, a blocked toilet doesn’t happen for no reason.

Our plumbers in Melbourne would like to introduce you to a term that we in the plumbing business use: fatberg.

Think an iceberg, but made up of a solid block of all the things that people have been flushing down their toilets without a second thought.

They’re not pleasant to deal with, and they’ve become increasingly common during Melbourne’s COVID-19 lockdown.

The main culprit? Flushing things that you aren’t meant to flush.

Now, most of us are aware that things like hair and wet wipes can cause blockages. What a lot of homeowners don’t realise is that paper towels are also on the “never flush” list!

What happens if you flush paper towels?

That’s the mistake a lot of homeowners make, as well the cause of far too many blockages. They assume that since they’re made of paper, they’ll dissolve on their own.

This is plain wrong!

Toilet paper is specially designed to dissolve quickly in water in order to avoid blockages in your pipes and in the sewer system.

Will paper towels eventually dissolve in the toilet?

Paper towels by contrast are considerably thicker than toilet paper or even tissues, and they don’t break down quite as quickly – they’re designed to be stronger and more absorbent to deal with kitchen spills, after all.

That means they don’t dissolve in the toilet – instead, they stick around and often get stuck in your pipes.

The result? A clogged toilet.

Tissues are a bit better than paper towels – they aren’t quite as tough, and can’t absorb as much liquid.

However, like paper towels, they’re not specially-designed to dissolve in water.

While they will partially dissolve, tissues are still liable to stick around in some form or another, lingering in your pipes and plumbing. And that means one thing: a higher chance of a blockage.

The only thing you should be flushing down your toilet (asides from the obvious) is toilet paper!

How do you unclog a toilet with paper towels?

Flushing your paper towels, tissues, and wet wipes is a bad idea, especially if your home uses narrow and old pipes that are prone to waste build-up and blockages.

Luckily, if you catch it early there are a couple of DIY ways to get rid of the problem.

(Normally, our commercial plumbers Bayside don’t advocate for DIY plumbing – in the case of minor blockages however, we don’t see any harm in it!)

Many DIY sites will recommend pouring a kettle of boiling water down the toilet may be able to help dislodge it – just be careful however, as heat can cause its own plumbing problems.

If you ask us, the best place to start is with a good old-fashioned toilet plunger.

Done properly, this should be able to dislodge most blockages that are “close to the surface” so to speak.

Of course, this only deals with clogs that are relatively easy to access – what about deeper ones?

Sometimes, you luck out and the blockage is pretty close to the toilet itself, making it easy to clear out on your own.

Unfortunately, many blockages occur much, much deeper down your pipes in places you can’t reach on your own.

In some cases, the damage may be so severe that we need to dig up one of your pipes and physically remove the blockage for you.

Blockages deep in your pipes need special techniques to clean them out. You might not be able to do it on your own – however, our team of plumbers can!

We come equipped with all sorts of equipment like:

Call Watermaster to do the dirty work for you – we’ve got the right tools, expertise, methods and knowledge to fix your toilet. 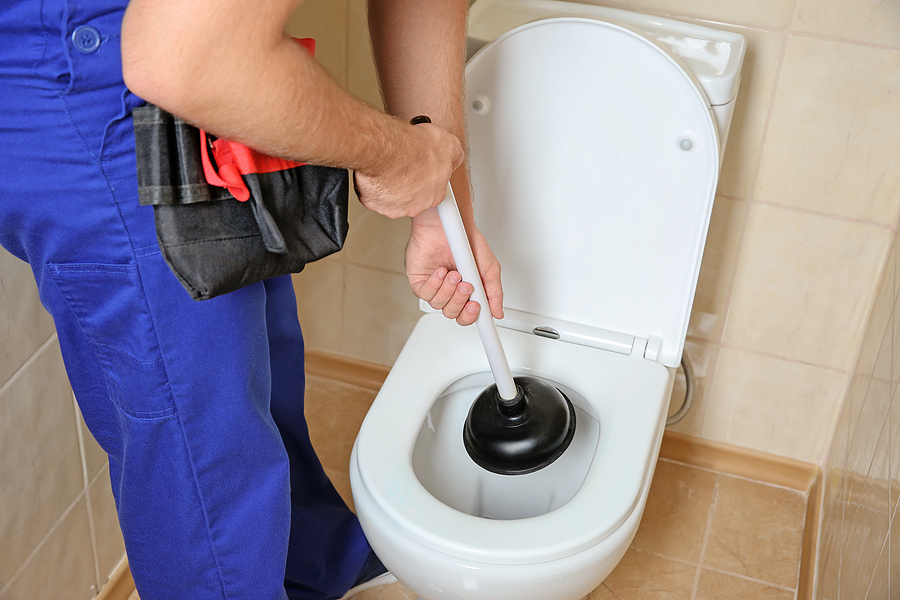 Some toilet blockages can be fixed by yourself – for all the ones that can’t however, there’s no shame in calling for professional help.

As your local domestic plumber, we promise prompt, reliable, and quality service to any clogging problem that you have at home or work, no matter where you are in Melbourne’s south-east.

Contact one of our expert Bayside plumbers today on 1300 156 650 or  save our number to your phone, just in case you need us!

You can also visit us for commercial plumbing in Melbourne: pop into our headquarters at 9/22 George St Sandringham, VIC 3191, if you prefer a more hands-on approach.