Home » Are you at risk of burst pipes? Explore the types of piping [PART 2]

Are you at risk of burst pipes? Explore the types of piping [PART 2]

Last week, we told you about two of the most common causes of burst pipes, and introduced you to copper piping, a piping material reserved for gas works and other larger installations.

This week, we look at PEX piping, the most prevalent water piping, as well as PVC piping.

Is your home at risk of a burst pipe? You’ll never truly know the answer until you organise an inspection from a qualified local plumber. Call Watermaster’s Melbourne plumbers today! Call now: 1300 156 650. 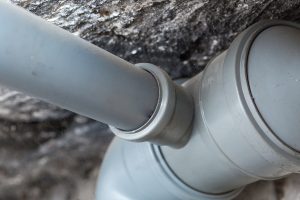 PEX piping: the most common type of water piping

PEX (cross-linked polyethylene) pipes have been an in-demand pipe used for plumbing over the recent years.

PEX pipes are a more recent development in the plumbing world and are starting to see use in more and more plumbing systems around the country.

Modern plastic is much more durable than in years past, making it an affordable and surprisingly durable material for your home’s pipes.

PEX piping is by far the most popular type of water piping.

The pros of PEX piping

It’s cheap and quick to install

PEX is a boon for budget-conscious homeowners, and it doesn’t require as much specialised equipment, making it one of the more time-efficient types of piping.

PEX is highly malleable, with the material component of PEX pipes flexible enough to actually make pipes that bend; a great advantage compared to other types of piping.

One best thing about PEX pipes (and plastic piping in general) is that they can withstand both hot and cold weather. Plastic is flexible, and that means that PEX pipes can take abuse from harsh and unforgiving weather conditions.

The problem with PEX

Like any other type of plastic, PEX is non-recyclable. All pipes eventually need replacement – when this happens, your PEX pipes could very easily make their way into landfill.

Could PEX land you in hot water?

It’s a common wives’ tale that putting hot water in a plastic bottle is a bad idea. Chemical contents from plastic can leach out and enter your water as the plastic wears down, negatively affecting the quality of your water. While PEX pipes are considered safe under current plumbing codes, for some people this can be a deal-breaker.

Thanks to its affordability and its surprising versatility, PVC has become a popular piping solution for waste plumbing, that is, sewer plumbing and storm water.

The pros of PVC piping

PVC pipes are lightweight, making the installation process a faster one.

Stronger than you think

It has also been tried and tested that PVC pipes last 50 to 100 years.

Unlike PEX pipes, PVC pipes are much more rigid and generally, much wider – from 40mm to beyond 250mm. While they may not be as versatile or flexible as PEX pipes, they are capable of handling a higher volume of water, making them a great choice for sewer and storm water.

The problems with PVC

Due to its material, PVC pipes are not flame resistant.

Call Watermaster Plumbing for advice on your piping and burst pipes

If you want piping advice, your local plumber can be your best friend.

With 20 years of experience working for customers both big and small, you’d best believe we have the practical experience and know-how to offer the right solution and strategy for problematic pipes in your home or business.

Whether it’s residential, commercial or emergency plumbing services, Watermaster is the only Melbourne plumber you need!

While you’re at it, why not save our number in your phone? You never know when burst pipes will strike, so ensure an emergency plumber is no more than a phone call away!