Home » Are you at risk of burst pipes? Explore the types of piping [PART 1]

Are you at risk of burst pipes? Explore the types of piping [PART 1]

We don’t need to tell you that plumbing is an essential network that every home and business owner ought to prioritise.

Without a functional plumbing system, your cooking, washing and, shall we say, “business” becomes significantly more challenging!

Regular plumbing maintenance is therefore critical, so if your pipes are old or poorly maintained, you’re at risk of a burst pipe, or you’ve been unlucky enough to experience one, you’re going to want those risks removed immediately. 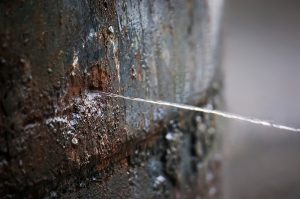 The most common causes of burst pipes

Burst pipes are prevalent in cold environments for a reason: as the temperature plummets, the water inside a pipe gets close to freezing. Pipes are placed under an intense amount of pressure when pipes start to freeze. When that pressure reaches a point, the pipe will burst, crack, or break.

Another common reason for burst pipes is extreme water pressure. If your home lacks regular plumbing maintenance or inspection, pipe issues may have gone unnoticed. When water pressure expands for any reason (such as a blockage), just like with frozen pipes above, pipes are placed under undue pressure and reach a point when they will burst.

Read on to learn about some of the most common piping materials, including their advantages and disadvantages.

Copper has been used by humans for thousands of years, with copper smelting being dated back all the way to 6000 BCE!

So it should come as no surprise that copper has been used in plumbing systems since antiquity, with the ancient Egyptians building and installing copper pipes as part of their sewage and irrigation systems.

Today, however, copper piping is normally reserved for gas and larger installations. It is seldom used in residential homes.

The case for copper

Fortunately, we needn’t worry about bacteria in the water with copper – copper that serves as an active bacteriostatic agent, which prevents bacteria from making its way into the water system.

If it’s been in use continuously since 6000 BCE, it’s got to have something going for it, right?

More than that though, is how long copper lasts: copper pipes have a fantastic track record when it comes to longevity and performance, with copper easily going 50+ years without replacement, hence its prevalence within larger and high-pressure installations.

It’s common knowledge that plastics release nasty gases and chemicals when they burn. Fortunately, by virtue of not being plastic, copper pipes are much more fire-safe… not to mention, copper is less flammable than plastic.

The case against copper

Copper pipes are not DIY-friendly as they require proper equipment and skills for installation, including welding. Without the time, equipment, and most importantly, skills, intricate and complicated copper piping must be left to the pros.

It’s all about the money

Copper pipes can be costlier than other piping materials. However, their durability and longevity often counteracts the initial, upfront cost.

In super cold climates, copper pipes may burst when water freezes. However, we’re talking temperatures below zero, something we Melburnians virtually never face.

Our investigation continues next week. We we look at the most common type of household and water plumbing pipe, PEX piping. Join us next time!