Home » Mould in the house: could the cause of mould and mildew be plumbing-related?

Mould in the house: could the cause of mould and mildew be plumbing-related?

It’s that nasty looking fungus we dread to spot in our homes.

It’s that rot we see in the corner of the ceiling.

And while we love what it does to our favourite cheeses as well as the role it played in the invention of Penicillin, it’s not wanted in our homes.

Mould in the house comes with two main problems:

The first is that mould and mildew is often caused by a sort of water exposure like a leak or flooding, resulting in dampness. That means there may be a plumbing or flooding issue – and that needs to be addressed ASAP!

The second is that mould in particular can lead to a number of health issues, especially for those who suffer from allergies or asthma.

Both mould and mildew are types of fungi, but they do differ slightly, although that’s mainly just in appearance. We look at each below. 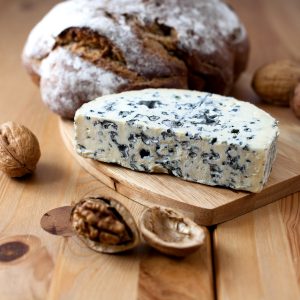 This is the only type of mould we like!

It’s often said that mould is a problem even before it’s visible to the naked eye. By the time you can see mould, tiny spores have already been circulating in the air and have attached themselves to surfaces where they rapidly reproduce.

Mould grows quickly; in fact, the bacteria can reproduce within 48 hours or less, and colonise in days. That’s when you start to notice the grey, black, green (and even yellow or pink!) spots on a wall or ceiling.

Mould is what commonly grows on food, too.

Mildew is very similar to mould, and perhaps their most obvious difference lies in their appearances. Mildew is normally white or lighter grey, compared to the more severe black and darker shades of mould.

On a surface, mildew can appear more “powdery” than mould, and it’s said that mildew is simply mould in its early stages.

What to do when you spot mould or mildew

Take advantage of an inspection report

Spotting mould is one thing, but fixing the underlying problem is another. The first step you might like to consider is an inspection report from a plumber who can assess the situation and help determine whether the cause of dampness and therefore mould was the result of a plumbing issue.

If a plumbing issue is identified, your local plumber takes actionable steps to get it solved and prevent it happening again in the future.

Despite its ugly appearance, mould is generally rather easy to remove. It can, however, be more challenging on textured surfaces like tile grout. Shop-bought chemical cleaners can often get the job done, but there a number of home remedies, too (including clove oil, tea tree oil, and bicarb – see this blog post for instructions).

Tips to prevent mildew and mould in the house

Ventilation is crucial in wet rooms like the bathroom or kitchen. Use an exhaust fan while showering and vents when cooking on the stovetop. 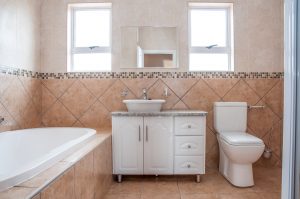 The bathroom is one of a few wet rooms in the home that requires proper air ventilation. Open those windows!

The cause of mould and mildew usually boils down to one or more of several common factors:

But, of course, it’s near impossible to determine the solution when you haven’t even confirmed the cause!

That’s where we’ll help you out. We’re a qualified and experienced team of plumbers in Melbourne working ‘round the clock to solve your plumbing woes, including investigating the cause of mould. If we determine a leak, a flood, or any other plumbing-related issue, we’ll solve it for you.

Concerned about mould or mildew in your home? Call Sam and the team and Watermaster today! You can also fill in this contact form to arrange your FREE inspection report.