Home » In hot water: common toilet problems in your home

In hot water: common toilet problems in your home

Did you know that some of the earliest signs of “plumbing” were seen as far back as 6000 BC, where Mesopotamian slaves carried pots of water from the river?

Fast forward some 3500 years to ancient Egypt, where copper pipes were created to develop indoor bathrooms in 2500 BC, while around the same time, the often-recognised pioneers of plumbing, the Romans, were developing their own systems, too.

Modern plumbing has its roots in Germany, France, the UK, and the US, and the first complete sewer system was made in London in the 1860s.

We’ve come a long way, yet still, more than 150 years after that sewage system in London, we still face everyday plumbing issues. This week we take a look at some common toilet problems you’re likely to encounter. What’s the cause, and how can they be fixed? Read on to learn more. 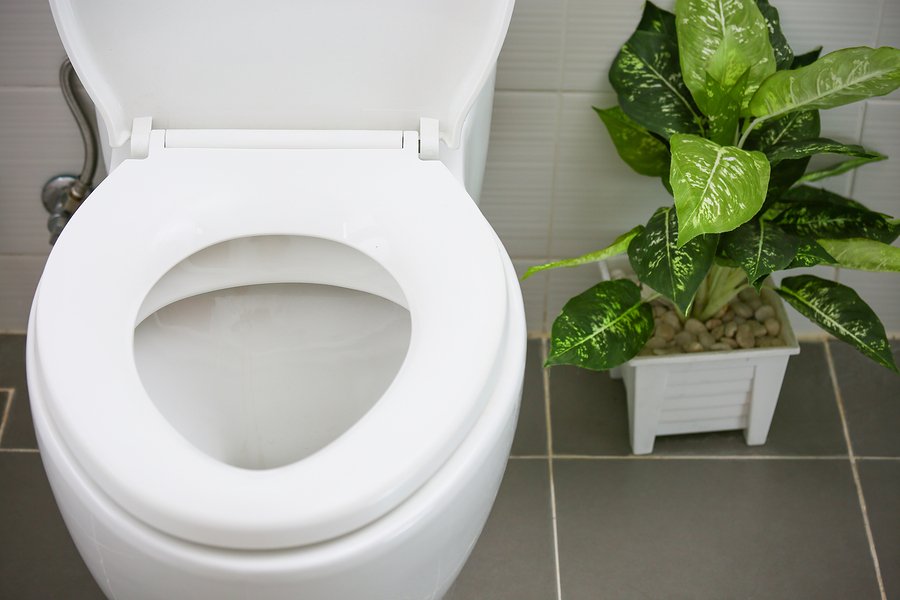 Common toilet problems: leak around the base

This happens each time you flush the toilet.

A flood of water suddenly gushes out of the base of the toilet, onto the floor and through your bathroom. It catches you off guard and you feel a slight pang of panic that in just a few seconds, the entire toilet is going to overflow.

As quickly as you can, you fumble for the valve to stop the water from flowing. Whew – relief. Well, for now, at least. You spend a good five minutes (and almost a whole roll of paper towel) soaking up the water, until finally it’s clean. That is, until the next person uses the toilet and it happens all over again.

While you might assume that a leak around the base of the toilet means the leak is indeed coming from the base, it’s not the only cause: the problem could actually be due to a faulty ball cock or a leak at any point of the water pipe, and as a result the water is leaking and creating a puddle on the floor, leading you to assume that’s where the leak is coming from.

Without the proper diagnosis, though, you won’t be able to devise the right solution. If leaks like these are becoming a problem in your home’s toilet, that’s when you know it’s time to call a local plumber!

The first few times it happened, you questioned it, but were still patient enough to wait in the bathroom until the toilet eventually stopped running.

The next dozen times, though, resulted in frustrations, where you’re manually turning off the toilet tap in order to stop that annoying running so you can finally leave the bathroom. Days turn into weeks and before you know it, you’ve been living with a toilet that won’t stop running for months now. Enough is enough!

If you’re familiar with the anatomy of a toilet, you might have enough know-how to give this one a go yourself. You could try:

If the above fall outside your comfort level, leave it to the pros.

If water in the toilet cistern and bowl is filling just as it does after you flush, you might have a flapper that isn’t sealing property.

The purpose of a toilet flapper is to lift (and therefore open) when the toilet is flushed to allow the cistern to refill, and then to lower (and close) when the cistern is full. A faulty flapper means it is not sealing properly and water is therefore still flowing into the bowl, even when it doesn’t need to be.

A quick and simple test that you’ve probably already heard of is to place a few drops of dye into the cistern. After a few minutes, check the toilet bowl – if the water has changed colour, it’s likely you’ve got a faulty toilet flapper, and you’ve successfully diagnosed a “phantom” leak.

Ever visited a toilet and found that there is scarcely any water in the bowl? Weird, huh? There are three likely causes of disappearing water…

The first thing to do is check for any leaks around the base of the toilet, as well as any cracks in the bowl. Either of these two outcomes is likely the cause of the disappearing water.

Air is required to help your toilet system drain properly, so if these air vents are blocked, the system will try to essentially “suck” air from anywhere it can. As a result, it can also “suck” down the water, too.

Unsure where your vents are or how to clean them? Whether you’re in a commercial or domestic property, Watermaster’s Melbourne plumbers can help you out.

If the first two causes haven’t solved your disappearing act, the problem is likely deeper, that is, deep in the sewer pipes.

Now’s the time where you absolutely need the capabilities of a plumber, who’ll identify the cause of the disappearing water (likely a cracked pipe) and implement the right solution.

While we’re on the subject of damaged or faulty toilets, you should know that older toilets require more water and are much less water efficient than newer ones. So, if you’re experiencing plumbing problems in an older unit, take it as a sign to upgrade to a newer, more water-efficient system.

New toilets must have a Water Efficiency Labelling and Standards (WELS) star rating to show exactly how water efficient they are. The Australian Government recommends a toilet system with a minimum 3-star rating.

This rating is a credible factor for water-conscious people looking to replace an old toilet. (And less water usage = lower water bills!)

Remember, if you feel like it might be beyond your skill set, it is. Trust your instinct, and when it doubt, call a qualified plumber!

Has all else failed? Call a plumber in Melbourne

If you’ve tried to troubleshoot the solutions to those common toilet problems above to no avail, or you simply saw your leaking toilet and though to yourself, “This is not something I want to deal with”, call a local plumber in Melbourne to identify the cause of the issue (an incorrect diagnosis may have led to an incorrect remedy) and provide you with the right solution.

Use the buttons below to make an enquiry or call us now!