Home » Are you making these 8 common domestic plumbing mistakes?

Are you making these 8 common domestic plumbing mistakes?

Your plumbing system is one of the most important parts of a safe and functional home. As it goes, plumbing (and water) must be treated with respect!

Are you prone to these common domestic plumbing mistakes? Did you know that they’re not only costing you money and time, they’re also a potential hazard for you, your family, and your home.

Domestic plumbing mistakes that could land you in hot water

Mistake #1: treating your kitchen sink like a rubbish bin

After a meal it’s tempting to rinse those tiny bits of leftover food scraps down the sink so you can quickly stick the plate in the dishwasher, shuffle out of the kitchen, plonk yourself on the couch, and call it a night.

The truth is though that food scraps – even when you think they’re reasonably small – can, over time, contribute to a blocked sink.

Food scraps can impede the flow of water, so it’s best you take that extra step and brush scraps into the bin. Alternatively, a drain sieve will trap unwanted foods and you can empty it after you’ve cleaned up the sink. How easy is that?

Only two things should be flushed down your toilet, and one of those is toilet paper.

But people fall into the trap of flushing cotton wool, tissues, and other foreign objects that do not dissolve the same way toilet paper does.

Toilet paper is specifically designed to break down in water, and while tissues and TP look pretty much the same, tissues will not dissolve the same way toilet paper does.

And let’s not even get started on small toys and figurines dropped into the toilet (and flushed!) by little ones…

(Worried about a blocked toilet in your home? Call us!)

Mistake #3: not shutting off your home’s water supply before you go pulling things apart

Seems obvious enough, but when a would-be DIY-ers forget this crucial step… well, you can welcome Floodgate 2016.

Many fixtures have their own shut-off valves (like the valve at the base of your toilet) so before you start investigating, make sure the valves are shut off.

If you can’t find a fixture-specific valve (often the case for showers and baths), you’ll need to shut off your property’s main water supply.

(And if you’re prone to clumsy moments maybe you should just leave it to the experts?)

Shedding light on local regulations and laws can be really tricky, especially when you’re not an expert and you’re trying to navigate your way through pages and pages of regulations, acts, and codes.

Don’t worry: we’ve summed up the important bits. The following comes from Victorian Legislation’s Plumbing Regulations 2008. (The version we refer to includes amendments made on 30th June 2014.)

The regulations list “the change over of a 3 star shower head in a dwelling” and the “repair and replacement of tap washers and other minor taps in a dwelling” as the only two plumbing works that can be undertaken by someone who is neither a registered nor licensed plumber.

Mistake #5: pouring oil or grease down the sink

Ask any plumber and they’ll likely tell you this is one of the most common domestic plumbing mistakes that cause blocked pipes.

But grease, you think, is not solid like food. Why, it’s virtually a liquid!

Well it is, for now, but over time oil and grease solidifies in your drain, causing blockages and slowing the flow of water.

Above all, oil, grease, and fat can cause health hazards, including sewage overflow which can threaten the environment. 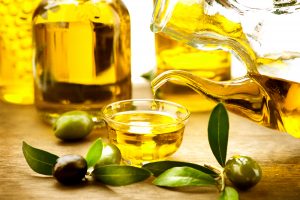 Mistake #6: assuming you can do it yourself

We humans are a stubborn bunch, aren’t we?

Never assume you can perform your own plumbing work (especially if you’re not even sure you’ve diagnosed an issue correctly!)

Oh, and don’t even think about touching the gas (leave that to the experts). It’s not only dangerous, it’s illegal, too.

Mistake #7: improvising makeshift tools (a.k.a “Oh, the things you see as a plumber!”)

Rubber bands, duct tape, and zip ties: Just some of the things people think they can use to create their own makeshift plumbing tools!

Sometimes, you just have to shake your head and wonder why they didn’t call the pros sooner. A+ for determination, though.

A leak won’t fix itself, and the longer you leave it, the worse it will get. Recognise the signs early and don’t hesitate when it comes to calling for professional help.

Resorted to twisting a tap so tight the next person who goes to use it almost breaks their wrist? Maybe it’s time to call a plumber and fix that leak!

If you think it’s too tricky or will take too long… you’re probably right!

Why risk the wasted time, money, and water? Why bother with the unforeseen damage?

Watermaster is made up of a team of qualified and experienced plumbers in Melbourne. Contact us now – you’ll be glad you did!